June First is the first day of the U.S. Hurricane Season 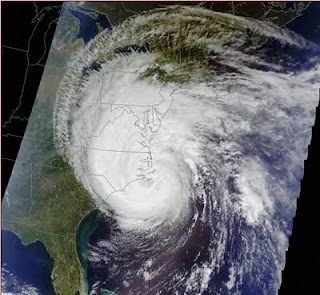 In the United States, June first is the official beginning of the hurricane season. For most people around the world this does not mean anything, but for many men, women, and children, hurricane season is a time of uncertainty.
I never dreamed that I would ever experience a hurricane, but in 2003 I was in my home in Virginia when hurricane Isabel blew through, and it was a humbling and terrifying experience. At that time my husband was travelling and I was alone on our farm - in the middle of nowhere - with my three year old daughter. The storm hit in the early evening and we lost power soon after. Elise and I camped out in my bedroom with books, candles to read by, and all the animals. I was very worried about our biggest dog, Skye, because she usually became a nervous wreck during storms. However on this occasion she stood by the bed and guarded us - all night long. I remember listening as the eye of the hurricane passed over us and all was quiet for a time. Then the storm resumed and shrieking winds shook the house once more. 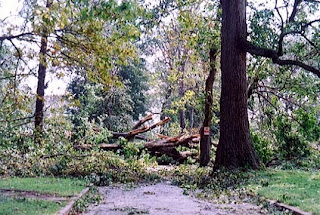 In the morning I could not open the front door at first. There were so many branches and other debris piled up against the door that it was hard to get the door to move. Eventually we were able to get out onto the front porch and we saw drifts of leaves and twigs all over the place. Luckily the tree branches that did snap did not fall on the house. We were very lucky to come through it with almost no damage at all. Many other home owners were not so lucky.
The biggest problem we had was not having power. This not only meant no electricity, but it also meant that we had no water because the well pump ran on electricity. So, several times a day I had to lift the cement lid off the well head and use a bucket on a rope to get water for us to wash in.  We were lucky because it only took three days to get our power back. Some families in nearby Richmond had to wait for weeks.
I had a terrible time finding food for us to eat because most shops were closed and because so many roads were impassable, like the one in the picture above. Everything that we had in the fridge was spoiled and had to be thrown away. Elise and I ate a lot of bread with peanut butter! When the power came back on I danced around the house with joy and relief.
I now have a better appreciation for what it is like to live in an area prone to hurricanes. You can see the books I have reviewed about these frightening weather systems on the TTLG Hurricanes Feature Page.
Posted by Marya Jansen-Gruber at 9:58 AM