An Interview with Jesse Kimmel-Freeman

Not long ago I stumbled across a website that an author had put up. This usually would be a very ordinary thing except the author's book has not been published yet. I was intrigued enough that I asked Jesse Kimmel-Freeman for an interview. 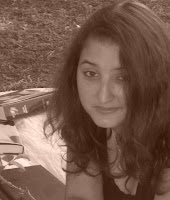 You are the first person I know of who has created a website for a book that has yet to be published. Why did you do this?
Well, it's a marketing tacit. I was hoping that if I could get a fan base before my book was published, then a publisher would want it even more. I can't tell you if it worked or not because I've only sent it to one publishing house since I got my site up and running, and I'm waiting to hear anything from them before I continue on my path to get Bella Notte published.
What kind of reception has your website and your book idea received?
Would you be surprised if I told you that I have fans? My site gets hits everyday, and the most surprising thing is that after the USA the next biggest hitter on it is Poland! I've gotten emails from teens to adults, male and female alike, about how they want it published and filled with support. I've even gotten some that are worried that as cool as my book is that it won't get picked up because of Meyer's current popularity. I have people coming to me for advice and everything. So, I'd say that both have been received awesomely!
Where did you get the idea for your book?
I wish I had some great story about how the book came to me, but like I've said before, I don't. It was an organic process that grew. I started Bella Notte almost 2 years ago, and at that point I just had the dream. I tried to map out the story, but I've found out that I'm not too good at staying on track with those. So I made a map of the town, I scheduled my characters' classes, I decided little details that I'd want to put in once I got to the part where they would fit and then I wrote. Unfortunately, I had to take a break while I was pregnant with my son because I was put on strict bed rest and writing on my laptop wasn't very easy- not that my best friend and sister did both offer to write for me. But because of that rest a whole part of the book came into being- it wouldn't be there if I hadn't taken some time away from my characters.
Have you started on the second book in your series yet?
Yes, and let me tell you, it isn't easy. I'm having trouble remembering all the fine details from the first one, and I feel a little like I should be waiting to see if Bella Notte gets picked up.
But it doesn't stop my mind from coming up with more things to write down, and it sure as heck wouldn't stop my characters from making me crazy!
Why do you think vampire stories have become the rage in the last few years?
I think many things have contributed this. But in the YA genre, I'd have to say that Meyer's book Twilight started it all. Her books opened this genre up- she's like the J.K. Rowling of YA vampire books.
Besides her, I think that people need what vampires have to offer in their lives right now, they are the unknown- something that makes them both hard and easy to write about. Adults want some of that in their lives, they want to feel the mystery of what isn't certain and maybe some of the sexiness of vampires. For YA readers, vampires are outcasts, they don't fit and they're awkward- something every teenager knows. Vampires are the type of characters that can shift into what you need them to be at that very moment- it's their nature to survive, and that they are doing with this current lust for them.
Why do you do when you are not writing and trying to sell your book?
I am a mother and a graduate student. When I'm not writing or trying to get Bella Notte out there, I am taking care of my son, Brody, or I am working on my every growing pile of homework. And secretly thinking up more things for Bella Vita and the books to come.
Were you a big reader when you were a teen, and if so what did you
like to read?
I didn't really like reading until I was an older teen. When I did read it was Nora Roberts books and erotica (I don't even know why- I was always giggling through it). When I hit my later teen years I found Harry Potter, but this was when the first three books were in paperback and in a set, so it was awhile after they had come out and that was what got me started. After that, I read everything I could.
Do you have other books ideas in addition to your teen vampire stories?
After I complete the four books for this series, I have some ideas for a demon hunter book (maybe a series as well), but it isn't really shaped at this point. I'm also writing a children's book with an archaeologist as the main character, but I'm not sure on that... it's just an idea.
I have a feeling that Jesse is going to go a long way. To find out more about her book and to read excerpts from her book visit her website.
Posted by Marya Jansen-Gruber at 5:37 AM