Beatrix Potter - Giving thanks on her birthday 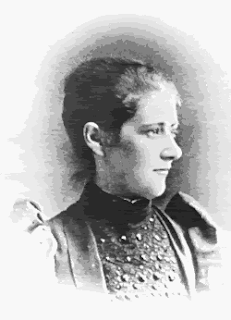 When I was a little girl growing up on the island of Cyprus, I had a record that I listened to over and over again. It was a recording of Vivien Leigh reading some of Beatrix Potter's most well known stories. Soon Mrs. Tiggywinkle, Hunca Munca, Peter Rabbit, and Mrs. Tittlemouse were old friends of mine.
Many years later my soon-to-be husband bought me the Complete Tales of Beatrix Potter, and I read the stories to my students in a Washington D.C. public school. Though some of my children had very difficult lives and were quite tough and hardened, they could not resist hearing about the duck who almost got eaten by a fox, and about the bad rabbit who almost got turned into rabbit pie. They would pretend that they were not listening as I read out loud, but I knew they were.
Some years later I began to read Beatrix Potter's stories to my own daughter, and when we got a pet duck, she was called Jemima. I am sorry to say that our Jemima did not have much more sense than the original did. However she did give us many delicious eggs.
Today, on Beatrix Potter's birthday, I give thanks for Beatrix's beautiful illustrations and her memorable characters. I give thanks that Beatrix found the courage to defy her parents, and that she went ahead and wrote her timeless stories.
You can find a profile about Beatrix on the TTLG website and there is also a collection of her books, and books about her, on the Beatrix Potter feature.
Posted by Marya Jansen-Gruber at 9:53 AM

Thanks for this great post. I love Potter's books, and it's nice to see her highlighted!

Beatrix's books, and her life, had a profound effect on me. I wanted to honor her. I am delighted you like this post. I will try to do more like this for other authors that I really like.

I loved beatrix potter books when I was little but I am still a fan now. I just loved Miss Potter the movie.

You might like to read some of her letters. I found them very interesting. Take a look too at Beatrix Potter Cottage Tales. These are delightful.