The shots that set off a war 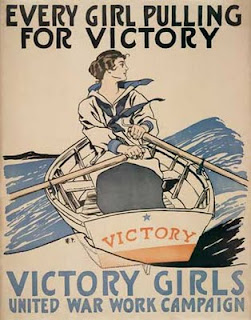 On July 28th, 1914 several young Serbian patriots put an operation into motion that would have terrible consequences in the years to come. By the end of that day, Archduke Ferdinand of Austria-Hungary and his wife were dead. The assassination provided the Austro-Hungarian leadership with the excuse they needed to declare war on Serbia. By early August Russia, Germany, France, and Great Britain were also involved in the conflict. At that time everyone thought that the war would end in just a few months. Instead it lasted for four long years, and by the end of it, more that sixteen million soldiers and civilians were dead.

These days very few people think about or remember what took place during those four terrible years. We forget too that the seeds for World War II were germinated during World War I. Germany was humiliated and bankrupted by the terms of the Treaty of Versailles, and Adolf Hitler took advantage of German anger and frustration to take power.
Though we tend to remember those who died during World War I on November 11th, I think we should also try to understand why the war began in the first place. You will find some wonderful books for young people about World War I on the TTLG website on the World War I feature page. I hope you find something here that interests you.
Posted by Marya Jansen-Gruber at 8:20 AM

I don’t know If I said it already but …I’m so glad I found this site…Keep up the good work I read a lot of blogs on a daily basis and for the most part, people lack substance but, I just wanted to make a quick comment to say great blog. Thanks!