The Kennedys and their legacy to the world of children's literature 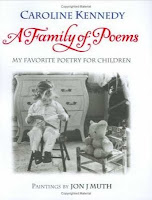 This morning I was listening to the radio, and I heard about how people from all over the country are going to pay their respects to the late Senator Edward Kennedy. Many of people stood in lines for hours outside the Kennedy Library in Boston to say goodbye to a man who worked so hard to help the American people. Many of the visitors were astonished when family members came out to shake their hands and to thank them for being there. This gesture touched many hearts and it reminded me that the Kennedys were, and are, a very special family. 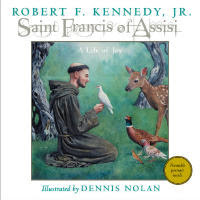 We know about John, Robert, and Edward and their service to the country in the political arena, but many of us don't know that the Kennedy's have also given the world of children's literature some wonderful books. Caroline Kennedy gave us A Family of Poems: My favorite poetry. Robert F. Kennedy Junior wrote Saint Francis of Assisi: A life of Joy, Robert F. Kennedy, Jr.'s American Heroes: Robert Smalls, the Boat Thief , and more recently Robert F. Kennedy Jr.'s American Heroes: The Story of Joshua Chamberlain and the American Civil War. Maria Shriver has also written several books for children including What's wrong with Timmy? In 2006 Edward Kennedy wrote a children's book, My Senator and Me: A dog's eye view of Washington, D.C. I will be reviewing this latter title very soon.
I hope you get the opportunity to take a look at some of these books. Caroline Kennedy's collection of poems is especially wonderful. It is a book that readers of all ages will enjoy.
Posted by Marya Jansen-Gruber at 7:59 AM