An Interview with the creators of the book Picture the Dead

. Here is the interview.

1. Your wonderful book has a singular story. Where did the inspiration, or the kernel, of the tale come from?
We were first and most inspired by our heroine, Jennie Lovell, and everything that she represents for us. The two of us have been friends for a long time, and a while ago, we’d come to realize that our collaboration would grow out of our shared enjoyment of a particular kind of literary heroine—not overtly disruptive or rebellious, but more quietly dogged and persistent. And so Jennie became a beacon, for us, of what it took to see through this project, with all of its many intriguing but complicated components. Resolute and unrelenting—that’s our Jennie, and that was also our process.
2. Picture the Dead is set during the American Civil War. Did you do a lot of research to make the book as authentic as you could?
We did. Our “Notes and Acknowledgements” page is definitely more than one page. We site our whole list there. What we didn’t mention there, but seems critical to how we researched Picture the Dead, was our timeline—or lack thereof. We didn’t have a contract in place, or any deadline, or any imperative for this book other than to enjoy creating it and to learn things that we wanted to learn about, and so we took liberties with time. Specifically, the time it takes to decipher a collection of 150 year old, handwritten letters, or to chase down a record book of the imprisoned at Andersonville, or to read the Godey’s Ladies’ Index or Drew Gilpin Faust’s This Republic of Suffering, which is not exactly a beach read. Time to put away the project for a few months, and return to it with fresh eyes. All in all, the book took us about seven years, during which time, of course, we were busy with other projects as well, but always aching to return to this one. We didn’t want to feel overly directed or we knew we’d lose enthusiasm. Or to lose the core value of what collaboration is, where the nostalgic joy and influence of all these books we both loved—Johnny Tremain, The Witch of Blackbird Pond, Catherine Called Birdy, The Summer of My German Soldier—was absorbed into what we could do now. And so Picture the Dead has a foot in the past, but it’s also digitally-born. And we hope that ultimately it doesn’t reflect the private, self-indulgence of our youth, but is a brisk and modern way of speaking to what we think today’s young readers might want. Our website also feeds that philosophy.
3. Did you visit some of the places mentioned in the story?
Yes, we both are familiar with Boston its environs, and in fact, one of our readings will be at the Brookline Booksmith, www.brooklinebooksmith.com on May 15th. An early ARC was vetted by our  friends at The High Street Hill Neighborhood Association, and they were kind enough to catch some historical anachronisms, and we are very glad for their approval and support. We haven’t yet had the chance to visit the memorial at Andersonville, where the boys were imprisoned, but Jennie’s world, and the story’s setting, is familiar to us. 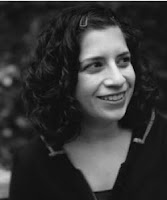 4. I have visited several Civil War battlefields, and on numerous occasions, I was struck by the sadness that seems to pervade these places. Do you think more unhappy spirits might be ‘haunting’ these places, much in the same way that Will haunts his old home?
It’s so true, memorial sites have a tremendous grip on the living; it is that singular, unmistakable memento mori, (“remember that you will die”). The silence itself feels haunted. Every casualty of war bears the weight of that war’s enormity. In Picture the Dead, we were tasked with making that staggering number of losses resonate in one family. Obviously, we can’t write an intimate story about a thousand soldiers from Brookline who died in the Twenty-Eighth Massachusetts Infantry. We could take all boys from one single family, however, and send them all off to war. Then kill two, and have one boy return so shattered as to be permanently damaged, both physically and emotionally. Which is a pretty realistic portrait of any given American family in 1864. We always imagined what that silence sounded like in the Pritchett house.
5. I understand that you are and Lisa worked on this book together. How did this collaboration begin, and how did you work together?
We are absolute partners in the process, even down to this interview, which we both are answering as one voice, but will have been passed back and forth between us before we send to you at http://lookingglassreview.com.Picture the Dead has a long prelude, where we’d landed on an idea of an illustrated, gothic mystery and then began to assemble what was almost a scrapbook; of letters, books we loved, eerie images from the Library of Congress Prints and Photographs Archive, casts of characters, and enough plot elements to fill a twelve volume set. For a long time, it wasn’t any kind of beginning-middle-end book, but just hundreds and hundreds of impressions, back and forth emails titled “my favorite kind of ghost would” or “the strangest thing about a twin is” and then some compellingly spooky spirit photograph jpg.
But the real story behind this story is that we’d met about eight years ago, through our shared agent, and from that meeting had spent a couple of years creating an entirely different project, The Book of Humiliations, which was a fictional re-invention of the Salem Witch Trials as experienced in a modern New England High School. And we’ll always see that project as a success, because we learned what a blast we could have, zipping documents and images and flash thoughts from New York to California. The fun of that project took us by surprise. So we knew we’d roll out something, it just needed to be more suitable, more cohesive, than just the two of us online on opposite coasts, or together on a couch with our overstuffed accordion files between us, cracking each other up or freaking each other out with story ideas.
6. How did you first hear about people using photographs to connect with their dead loved ones?
We’d known about it in the backs of our minds, and the images were all immediately available when we put together the idea of a ghost story with the Civil War. And then there was a fascinating exhibit of Spirit Photography at the Metropolitan Museum of Art a few years back. And we’d been reading in a similar vein—one of us was reading a biography of First Lady Mary Todd Lincoln at the same time the other was reading a biography of the Victorian-era photographer Julia Margaret Cameron—and these books touch on the influence and power of spirit photography. But we would both agree that researching this book gave us a far more complete comprehension of the whole art and the hoax of spirit photography.
7. In Picture the Dead you have included several pages from Jennie’s scrapbook that show the reader letters, newspaper clippings, photographs, and other mementoes. What did you use as models for these items and where did you find them?
Lisa selected every image in the book, and her background as both an graphic artist and an illustrator, combined with her interest in finding, reconfiguring, and creating art that was exactly of that moment (winter 1864 – spring 1865) is one of the quiet victories of the book—in that not many readers will be aware, or need to know, that each newspaper clipping, each dance card and fashion plate and advertisement and price of a pair of kid gloves—is accurate to within that six month time frame. The illustrated “photographs” are based on old daguerreotypes and albumen prints, and most of them are of anonymous sitters, found in the Online Prints and Photographs Reading Room of the Library of Congress. The background patterns are based on actual Victorian designs and other pieces of Jennie’s scrapbook had their origins in the New York Public Library’s online Digital Gallery and in the online image archives of the Brookline, Massachusetts Historical Society.
You can learn more about Lisa and Adele on their websites:
Lisa's Website
Adele's Website
Many thanks to both of these wonderfully gifted ladies.
Posted by Marya Jansen-Gruber at 2:51 PM