Soon after I started reviewing books I discovered the Re

dwall books, a series of stories about animals who have adventures, who battle evil doers, and who have the most marvelous feasts and celebrations. I fell in love with the wonderful characters, especially the moles (who have a delicious way of speaking) and the hares (who have bottomless stomachs). I was therefore very sad to hear that the man who created the Redwall Tales, Brian Jacques, passed away a few days ago. Here is a little information about this wonderful writer. He will be greatly missed.


Brian Jacques was born in , on 15 June 1939 to James (a truck driver) and Ellen. He grew up in the area of the docks. He is known by his middle name 'Brian' because both his father and one of his brothers are also called James. His father loved literature, and passed it to him, having him read stories by Sir Arthur Conan Doyle, Robert Louis Stevenson, and Edgar Rice Burroughs.
Jacques showed a knack for writing at an early age. At age 10, he was given an assignment of writing a story about animals, and he wrote about a bird that cleaned a crocodile's teeth. His teacher could not believe that anyone could write that well when they were only 10 years old. He was called a liar for refusing to say he copied the story. He had always loved to write, but it was only then that he realized he had a talent for writing. 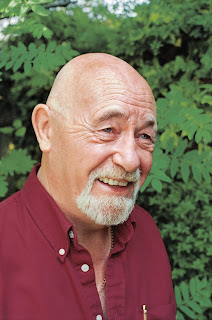 He attended private school until the age of 15 when he left school (as was the tradition at the time) and set out to find adventure as a sea merchant sailor. His book Redwall was written for the children of the for the Blind, whom he refers to as his "special friends". He first met them when he delivered milk there as a truck driver. He began to spend time with the children, and eventually began to write stories for them. This accounts for the very descriptive style of the novel and the ones to follow.
His work gained acclaim when Alan Durband, a friend (who also taught Paul McCartney and George Harrison), showed it to his (Durband's) own publisher without telling Jacques. Durband told his publishers: "This is the finest children's tale I've ever read, and you'd be foolish not to publish it". Soon after, Jacques was summoned to to meet with the publishers, who gave him a contract to write the next five books in the series.
Jacques has said that the characters in his stories are based on people he has encountered. He based Gonff, the self-proclaimed "Prince of Mousethieves", on himself when he was a young boy hanging around the docks of . Mariel is based on his granddaughter. the Badgermum is based on his grandmother. Other characters are a combination of many of the people he has met in his travels.
His novels have sold more than twenty million copies worldwide and have been published in twenty-eight languages.
Until recently, Jacques hosted a radio show called Jakestown on BBC Radio Merseyside. In June 2005, he was awarded an Honorary Doctorate of Letters by theUniversity of .
Brian lived with his wife, Maureen, in . The couple had two adult sons, David and Mark, and one granddaughter named Hannah. Marc is a builder, a carpenter, and a bricklayer. David is a professor of art and a muralist, who has painted in Children's hospitals, soccer stadiums, and trade union offices as far away as , , and .
Brian Jacques died on 5 February 2011, of a heart attack.
Posted by Marya Jansen-Gruber at 12:10 PM