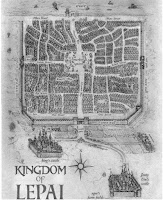 I would love to live in a world where dragons and humans could live side by side, working together. Imagine if you could hire a dragon to help you find out information about your family, or find your dog if it gets lost. In the town of Two Castles there is a dragon that provides these, and many other, services. Wouldn't it be wonderful if you could work for a dragon as an investigator?  I think it would, and today I bring you the story of a girl who becomes apprenticed to just such a dragon.

A Tale of Two Castles

Gail Carson Levine
Illustrated by Greg Call
Fiction
For ages 9 to 12
Harper Collins, 2011, 978-0061229657
The time has come for Elodie to leave her home and her family, to journey to the town of Two Castles so that she can be apprenticed to a weaver. Elodie's parents want her to take this position, but Elodie has no intention of becoming a weaver. Instead, she wants to become a mansioner (an actor) and she feels that she has a good chance of finding a place once she gets to Two Castles.
With an aching heart, Elodie boards a cog (boat) and a new chapter in her life begins. She is not on the cog long before she finds out that the business people in Two Castles are no longer accepting apprentices who cannot pay them a fee for taking them on. Poor Elodie only has enough money to pay for a few meals. She wonders if she might persuade one of the masters or mistresses to take her on for fifteen years. Surely, they will jump at the chance to have “free labor” for such a long period of time.
Soon after arriving in Two Castles, Elodie is robbed by a cat, she sees a count who is an ogre, and meets a dragon called Meenore. Elodie tries to get an apprenticeship with one of the mansioner companies, but is told that the only way she can get an apprenticeship is if she pays the master mansioner money, which she does not have. To her surprise, Meenore invites Elodie to become ITs (dragons keep their gender a secret) apprentice. Her job will be to proclaim the dragon’s “powers of deduction, induction, and common sense,” to help Meenore to prepare the skewers of bread and cheese that IT sells in the market and to help IT with IT’s “many responsibilities.” In return, the dragon will give Elodie food, lodging, and a small salary.
Elodie helps her new master in ITs daily doings, and then Count Jonty Um comes to Meenore and asks IT to find his lost dog. Elodie goes to live in the count’s castle, posing as a servant as she tries to find the missing dog. Meenore warns Elodie that the count is not well like by the people of Two Castles, and that many of them wish him ill. She must keep her eye on him as well as look for the dog. When she accepts the charge, Elodie never imagines that she will soon witness an attempted murder, and that she herself will be in mortal danger.
Gail Carson Levine truly has an extraordinary gift. She is able to create a world that is entirely credible, characters that are so alive that we feel that we know them, and stories that are captivating and addictive. Readers who have a fondness for mysteries and adventures will thoroughly enjoy this delightful tale.
Posted by Marya Jansen-Gruber at 9:39 AM