An interview with Linda Bailey and Bill Slavin, creators of the Stanley books

For the June issue of Through the Looking Glass, I reviewed the Stanley books by Linda Bailey and Bill Slavin. If you haven't met Stanley yet, then you are in for a treat, because the books about this funny and utterly doggy dog are a joy. Here is an interview that I had with Linda and Bill: 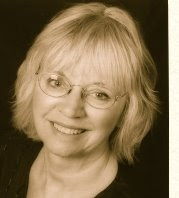 Marya: Linda, where did the idea for the Stanley books come from in the first place?
Linda: The books started with my dog, Sophie. Stanley's Party began when I spotted dog hair on my couch and realized that Sophie, who is not allowed on the couch, was sneaking up onto it whenever we went out. I laughed ~ and wondered what else she might be doing when no one was home. I laughed some more as I started visualizing an escalating series of bad-dog behaviours; they culminated in "the best doggone party a dog ever had." That was the start.
Marya: You really get inside Stanley's head - to great effect. I have three dogs in my life and I immediately recognized Stanley's thought processes. How did you do this?
Linda: Thank you. I'm not sure. I know that when I was first thinking about getting a dog, about ten years ago, I watched dogs a lot. Any time I spotted a dog on its own -- waiting outside a store, for instance -- I stopped and made eye contact. Something about those moments really touched me. Is it true that eyes are windows to the soul? If so, dogs have a lot of soul. When I got my own puppy, Sophie -- I watched her, too, and wondered what was going on in that shaggy little head. I watch dogs all the time, and the truth is, I don't think they're that hard to figure out. Dogs make so many transparently expressive movements and sounds. They kind of wear their hearts on their sleeves, right? Or they would if they had sleeves.
Marya: Did you use your dog Sophie as a model for Stanley?
Linda: Yes, partly. I use Sophie's behavior, the sounds she makes, and so on. But psychologically, Stanley is also based partly on me, I think. I have this theory that when writers develop characters, we are often "mining" different aspects of our subconscious selves, who we are, who we would like to be, who we are scared we might be, etc. If I were a dog, I imagine that I might chafe at my non-human condition. I think I would long for freedom and adventure and a wider social life. If I were as brave/foolish as Stanley, I might act on those longings.

Marya: How do you decide what kinds of adventures Stanley is going to have?
Linda: Stanley's adventures seem to come along on their own. Stanley's Wild Ride came about when kids were skateboarding on my street, and I noticed Sophie watching. Dog . . . skateboard . . . what if Stanley were to ride a skateboard? Stanley at Sea began at the Dog Beach in Vancouver where I live. The dogs were playing in the ocean. Behind them, boats and ships sailed by. Dogs . . . boats . . . what if Stanley and his friends got into a little red boat and were swept out to sea by the current? As for Stanley's Beauty Contest, that came straight out of a "dog day" at a local park; it included a most-beautiful-dog contest. The dogs were ordinary mutts, and the prizes were minimal, but there were people there who were taking the whole thing very seriously. Me? I couldn't help wondering what the dogs were thinking about all this . . .

Marya: Do you have a writing schedule, and do you like to read children's literature in your spare time?
Linda: I don't really have a schedule. I do treat writing as a "job" in that weekday "business hours" are sacrosanct. I try to put in a real working day each day.Yes, I do read children's literature in my spare time, picture books and novels. I try to keep up with the new-and-wonderful (Sherman Alexie's The Absolutely True Diary of a Part-Time Indian at the moment). I also try to catch up on classics I have missed (lately, Kipling, Edward Lear and James Thurber). 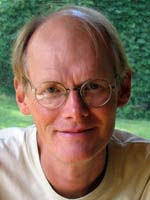 Marya: The illustrations that you have created for the Stanley books are deliciously funny. Where did your inspiration for the art come from?
Bill: My inspiration for my art always comes first and foremost from Linda's wonderful text. When it came to creating the characters for the Stanley books, I wanted to do something that matched the energy and humour of Linda's writing. Even though Stanley, in so many ways, is a very real dog, to have worked in a more realistic style of artwork would have robbed the story of its humour intsead of building upon it. So I just think about dogs and how they do things, and then push it over the edge.
Marya: How do you create the illustrations?
Bill: My illustrative technique uses acrylics on gessoed paper. Gesso is a medium that allows me to create a great deal of texture on the page, which can be played up for things like dog fur, or grass, or seascapes.
I work from dark to light, finishing with a lot of dry brush and washes, allowing the initial line to continue to inform the artwork.
Marya: Do you talk to Linda much about the artwork that you create for her books?
Bill: Our processes are generally quite separate. Fortunately, we share a common view of our world and what we find funny, so that goes a long way to helping pair the written and visual story and make it all work as a single entity. Linda is also an extremely visual writer, always giving me lots of material embedded in the text itself to work with and at times building in parts of the story that are intended to be told in the artwork alone. On those occasions notes included with the manuscript give me the heads up.
Marya: Did you use real dogs as models for Stanley and his canine friends?
Bill: As models, no. As inspiration, yes. I live in a small village where many of my friends have a dog (or dogs!) and when we get together, the dogs usually get together as well and have their own little party.
Marya: In the Stanley books, you beautifully capture the essence of dogginess. How did you do this? Do you have dogs in your life?
Bill: No, at least not in my own life. As I say, more in avuncular sense, where many of my friends have dogs, and I have lots of opportunities to watch them sleeping, at play, etc. Our cat, Merlin, is quite dog-like, and is probably my primary Stanley prototype, barrel-chested, small-bummed and good-natured. But mostly, as in any good story-telling, I have to think like a dog and the pictures usually come from some place inside there.
Marya: Congratulations on winning the California Young Reader’s Award for Stanley’s Wild Ride! How do you feel about the success of the Stanley books?
Bill: Awed. Humbled. Puffed at times. Very pleased.
Linda: Surprised. Delighted. I have no objectivity about Stanley, and I always get a happy little jolt when people express strongly affectionate feelings about him.
Marya: Are there plans for any more Stanley adventures?
Bill: I believe so. A couple maybe. Right, Linda? :o)
Linda: Yes. I'm not done with Stanley. I hope Bill isn't, either.
Thank you Bill and Linda for such wonderful interviews. Do visit Linda on her website.
Posted by Marya Jansen-Gruber at 7:45 AM